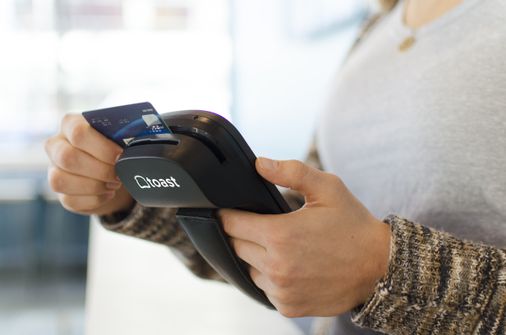 The Boston firm on Tuesday announced it had integrated its software, which helps restaurants do everything from take payments and manage payroll to organize takeout orders, with the most popular apps used by hotels. With the new move, a hotel restaurant could use Toast to accept payments that would show up directly on a customer’s hotel bill.

“Right from our early days, we’ve had a lot of interest from restaurateurs with restaurants in hotels,” Aman Narang, cofounder and chief operating officer of Toast, said. But it took time to integrate Toast’s software with the property management software packages used by hotels, he said.

The new features will let people staying at hotels order room service from a QR code link in their room and allow hotels to take orders from customers seated in the lobby or at the pool, using a Toast handheld device. All of the charges can go directly onto the customer’s room bill.

“Those are the types of services that Toast has built in to the platform, as opposed to having to connect many different systems together,” Narang said.

The company said it was in a total of 57,000 restaurant locations at the end of 2021 out of an estimated 860,000 in the United States. The new offering could help Toast crack about 60,000 hotel restaurants as potential new customers.

The move comes after Toast’s revenue doubled last year to $1.7 billion, although its net loss also nearly doubled to $487 million. And its stock price has been in the dumps, along with most of the tech sector.

After going public in September at $40 a share, Toast’s stock peaked at almost $70 in November but has since dropped below $20.