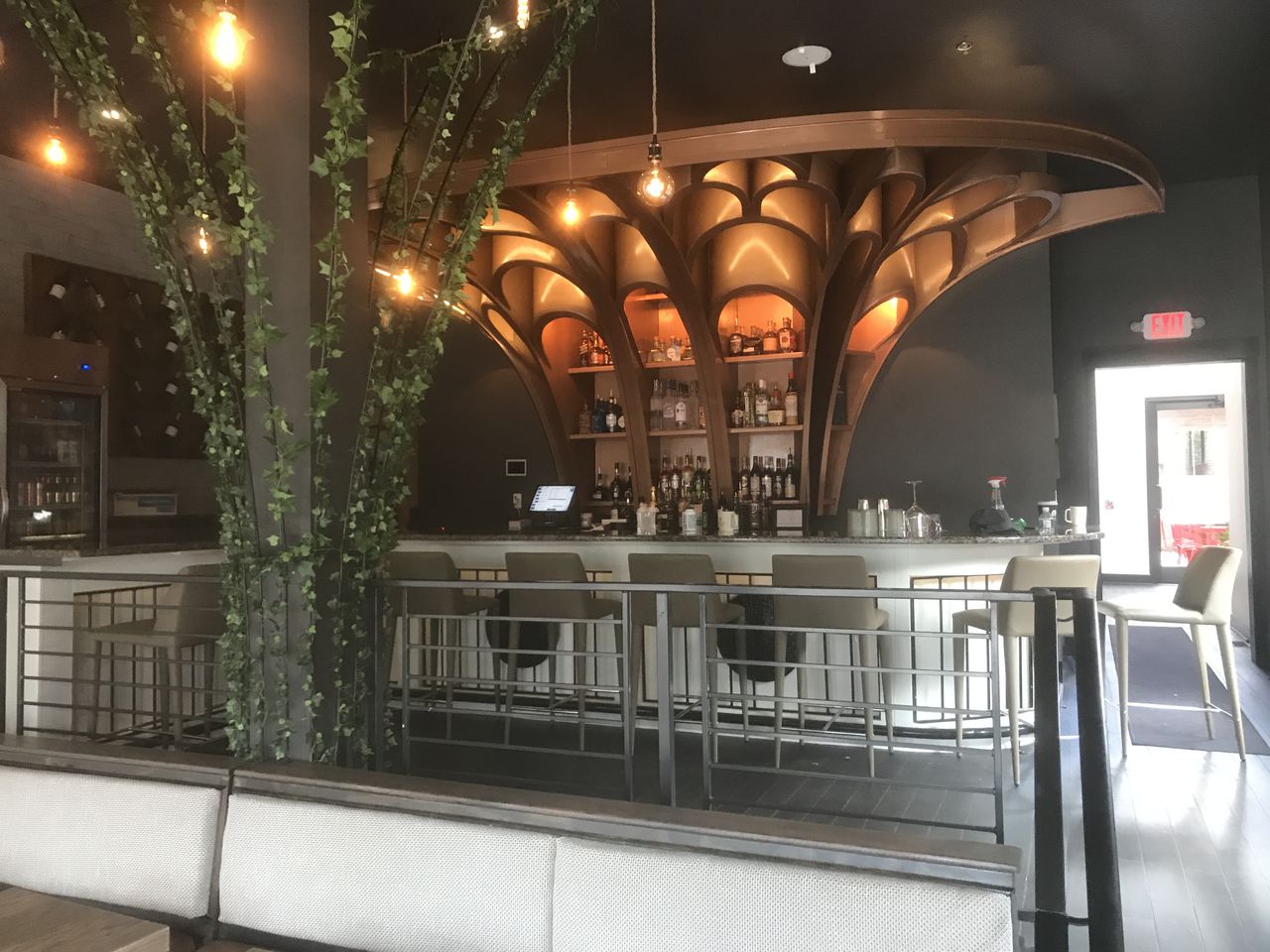 Unlike many businesses this year, the holiday season won’t make or break Mick Gjevukaj’s new attraction in Downtown Easton.

Townley House Boutique Hotel will welcome its first visitors on Dec. 1 to the dramatically remade historic home at 130 N. Third St. along the city’s Millionaires Row.

The 16-room hotel is taking reservations for the holiday season just in time for the Downtown’s skating rink and Winter Village to gain firm footing after their Black Friday openings.

Friends are already asking about the city’s newest go-to attractions, Gjevukaj said Monday before walking lehighvalleylive.com through the mix of old and new at his hotel that rivals his Three Oak Steakhouse in the 300 block of Northampton Street in terms of visual interest and customer comfort.

Families coming with kids will need something to do besides eating at his Three Oak, River Grille or Ocean restaurants, Gjevukaj said.

“I think it’s a good thing,” he said of the added attractions. “It becomes a Christmasy kind of town, a holiday kid of town.”

The area around Centre Square sounded like a construction zone at midday Monday as the plywood substructure of the skating rink was being laid atop compacted crushed gravel and the red and white Winter Market huts were going into place around the circled square.

Easton Mayor Sal Panto Jr. knows one thing stands between the attractions and the shoppers he hopes they bring into the Downtown during the holiday season.

“Depending on how bad COVID gets,” he said of the pandemic which has become far worse in recent weeks.

“We’re hoping it attracts people from outside the area to Downtown,” he said of the holiday efforts, which would benefit the hotel as well as local stores “We’re just not sure yet.”

Gjevukaj has a plan. As usual. Much like the plan he had to tear a building in half, removing the part that lacked history and then building a sunlit modern section that easily complements the parts of the building that date to the middle of the 19th century. It’s hard, actually, to ascertain to transition points, even for someone who’s been through the place in the various phases of creation.

Some things were straight forward in painting the big picture. The hotel needed parking spaces. And Lafayette College, being a good friend of Downtown businesses, stepped up with as many as Gjevukaj needed, and only short distance away, he said, pointing to the other side of nearby Route 22. Guests can park their own car or a hotel employee will take care of it, Gjevukaj said.

The stylish bar, which is just for people staying there, is done.

The staff of more than 10 is hired and employees on Monday scrambling to wrap up final details were already masked up when Gjevukaj issued a general reminder.

Guests will be required to wear masks everywhere but their room, and breakfasts and snacks that will greet them longterm won’t be part of the early experience, despite the tables and chairs that sit just past the bar and not far one of the property’s two inviting patios.

Gjevukaj showed off a comfortable basement level coffee shop — you can also have delivery to your room — and an adjacent subway-tiled space for preserving small-serving meats — similar to the Himalayan salt brick room at Three Oak.

His brother Bekim’s artwork — from the near-scalloped top of the bar to the unique headboards in each room to the bench at the base of the atrium — draws somewhat abstract contrast to the many photos from Ryan Fisher that put a colorful modern take on the city’s history in the guest rooms.

There is plenty to see, but guests early on can even get a code for their door before arriving so they “don’t have to talk to anyone” if they choose not to in the weeks or months before a COVID-19 vaccine is more generally available, Mick Gjevukaj said.

“There will be no grand opening. No party. No ribbon cutting,” he said.

There will be no walk-ons. Just people with reservations — and there has been interest, despite the pandemic, he said.

Things will be sanitized “to a maximum level,” he said.

“You walk in with a mask” and make a decision, he said. You can stop for a drink or head up to your room on the second or third floor. The rooms to the rear of the combined building tend to feature many windows and a more open feel, while toward the older front they are darker and perhaps more traditionally grand. Each has an attached bath.

This will be a time for old friends to visit, Gjevukaj said, but his eyes are on the summer and fall, once, hopefully, the pandemic has been tamed, when “things turn out differently.” When wedding showers and other signs of renewed hope dominate the business’ landscape.

It’s then that he may begin to see a return on the more than $2 million he’s invested in his newest Downtown operation.

“It’s not the way I envisioned it. Far from it,” he said of the hotel’s opening, which was previously expected earlier in the fall but was not rushed. The city, for the moment, isn’t at its tourist-friendly best, its festivals and theater on pause and its restaurants still serving outdoors as late autumn moves on toward winter.

“COVID changed the way we do everything. … When I think of COVID time and turning a profit. It’s too optimistic,” he said, adding there will come a time when profit once again is in the picture. It’s just a matter of patience.

But for now, “Maybe it’s a little bit of good news,” he said. “Everybody’s closing down and we’re opening up.”

Thank you for relying on us to provide the journalism you can trust. Please consider supporting lehighvalleylive.com with a subscription.

Tony Rhodin can be reached at [email protected].