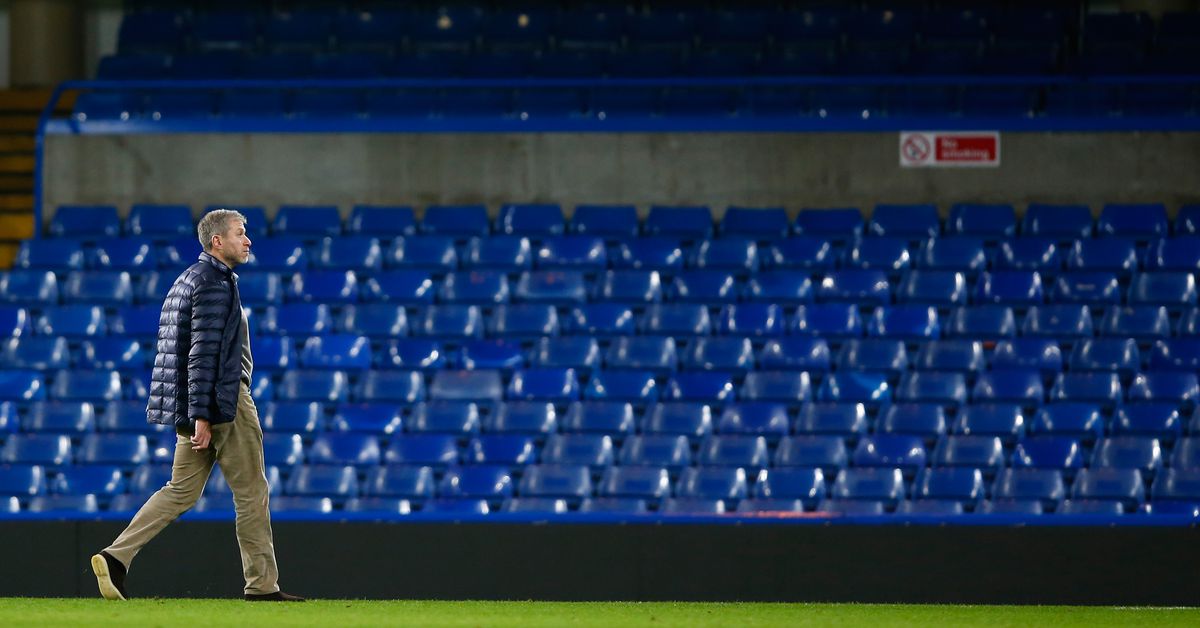 Chelsea’s 2019-20 season and fiscal year was on pace for record revenues and profit, bucking the trend of the Abramovich Era and especially the sizable losses of the season prior. The club received a windfall with the sale of Eden Hazard to Real Madrid, and the brief transfer ban forced a temporary curbing of our spending habits as well.

And despite the COVID-19 pandemic, at a high level, Chelsea’s financials remained exceedingly positive — though with all of our revenue streams seeing a decrease, total revenue (turnover) fell by about £40m from last year, as the club confirmed at the end of the calendar year. We’ve also remained FFP compliant, even before Manchester City’s deathblow to the system and before UEFA put those checks on hold because of the pandemic.

With full figures now available, the most excellent @SwissRamble did a wonderful job breaking down and visualizing Chelsea’s financials for ease of consumption, and I would highly encourage everyone to dive deeper into his Twitter thread.

The brass tacks (not ‘brass tax’ *highfiveAccountingJoke*) of Chelsea’s business model is revenue driven heavily driven player sales and by Champions League participation. While revenue decreased from broadcasting, matchday, and commercial activities — all heightened by matches played without fans, rebates to broadcasters, and reduced commerce — Chelsea were able to publish a “healthy” set of financials, which show the club in about as good of a financial position as we can be given the state of the world.

As @SwissRamble shows, Chelsea’s reported profit before taxes is the highest in the Premier League for the last fiscal year, and we are one of only three clubs in Europe so far to show a profit for the period (in addition to Benfica and Ajax) — though with not all clubs reporting the results just yet.

Player Sales as a Revenue Stream

Chelsea FC Chairman, Bruce Buck had expected even healthier financial reporting before the pandemic disrupted everything.

“In common with many, many businesses across the globe, the pandemic has had a significant impact on Chelsea’s income but it is a sign of the strength and stability of our financial operation that the company was still able to post a profit in the past financial year. This was done while continuing to invest in our playing staff and indeed had normal football not halted in March, projections show a record profit and record turnover would have been achieved. That would have represented an increase in revenue for a fifth year in succession.”

“Despite the impact of COVID, the revenue streams remained strong, our team is developing on the pitch and the Club is in a good position to continue to grow when football is able to operate as it did previously, a time we are all looking forward to.”

Chelsea have a reputation for reporting losses (before tax) — almost half of the top twenty losses (before tax) in Premier League history have come from Chelsea under Abramovich ownership — but the club’s business model continues to be largely dependent on and successful thanks to this revenue stream. The loan system and Marina Granovskaia’s record as a successful dealmaker has resulted in maximizing player sales to boost the club’s revenue and turn around Chelsea’s trend of reporting losses into reporting gains.

#CFC business model is far more reliant on player sales than any other major English club. In the last 6 years, they have made nearly half a billion from this activity with only #LFC anywhere near them. From 2014 their annual profit here has averaged £77m. pic.twitter.com/Qc6vlkNsiM

Another topic of interest regarding Chelsea’s revenue streams is the benefit of European football, and the importance of Champions League football.

There is not only the prestige of being in the competition, but a there’s a significant financial benefit of Champions League participation, which in recent years has been pegged at around £40m. That remains the case even these days and underscores why Chelsea ending the season in the top-4 is so important.

The difference between the European competitions is vividly seen in the new UEFA coefficient payment (based on performances in Europe over 10 years). #CFC were the highest ranked English team in the Champions League, receiving €31m, while they only got €3m in the Europa League. pic.twitter.com/TkwdznnizO

Chelsea earned £72m from the Champions League even though we only made it as far as the Round of 16. That’s £31m more than we got for winning the entire Europa League the season before.

Most of the difference comes from UEFA’s “coefficient payment”, which takes into consideration the last ten years of European performances, including our three trophies (2x Europa, 1x Champions — still the only team in London)!

Once again, the importance of Champions League football cannot be understated.

#CFC average attendance up slightly from 40,436 to 40,563 for those games played with fans. However, this is only 9th highest in the Premier League (and 4th best in London). Ticket prices remain frozen at 2011/12 levels. pic.twitter.com/gYFm8ZckXA

Chelsea have long been interested in a new stadium, ranging from new location bids to expanding Stamford Bridge. Those plans have been on hold for some time however, and the pandemic only put the final nail in that coffin. (Ed.note: though the timing of it all may have proven fortuitous in a sense, as we’ve avoided a massive boondoggle in the middle of a potential economic crisis and could spend on the squad instead!)

Matchday revenue is viewed as a stable vehicle for driving growth. Player sales can be very beneficial to the club, but they are inherently volatile and inconsistent. Chelsea cannot bank on selling players at a premium every season. Matchday revenue, under normal circumstances, is much more fixed, assuming demand stays consistent. Chelsea are ensured, at a minimum, 19 home league matches. From a forecasting and budgeting point of view, this is revenue that Chelsea can bank on (as long as fans are permitted).

The issue with this revenue stream is that a cap exists, as attendance is restricted to stadium capacity, which is just shy of 42,000. Chelsea were just 10th in attendance last season, largely unbefitting of the team’s stature as an elite club. We were (and are) significantly behind Tottenham, Manchester United, Arsenal, and Liverpool with respect to revenue generated from matchday activities.

Our inability to get started on a stadium expansion will continue to hinder our matchday revenues and that will have an effect on the bottom line — for years to come. Even if we were to announce plans of a new stadium tomorrow, the time to completion would likely be 5-10 years.

The way forward for Chelsea is a new stadium, but how long will we have to wait?

As a result, #CFC cash balance fell from £37m to £17m, which was a lot lower than the likes of #THFC £226m (boosted by £175m COVID loan from the government) and #SaintsFC £87m, though Chelsea can always rely on the “Bank of Roman”. pic.twitter.com/OYojk8e0qC

In general, Chelsea’s cash flow statement tells the club’s cash balance and measure how well we are managing this cash position with respect to operating expenses, transfers, and financing activities — though the pandemic has impeded normal operations.

On the surface, Chelsea’s cash position is relatively low, and on the outside looking in, that is perhaps a bit concerning. Our inability to generate cash on hand thanks to closed stadiums and pandemic football reduces our ability to deal with emergencies. Fortunately, we are in a unique position, thanks to the Bank of Roman. (For example, Chelsea did not reduce any wages during the pandemic, did not put any full-time or part-time staff on furlough, and made stadium and hotel facilities available for NHS use.)

Chelsea have a unique ownership structure, wherein the club’s debt (about £1.3 billion with a ‘b’ owed to Abramovich) has been converted to debt held in a holding company, Fordstam Limited.

This bit of financial hand-waving means that Chelsea, as a club, are essentially debt-free, though Abramovich could theoretically call in the full amount owed, which could lead to an interesting situation — though in practice would essentially mean he’s selling the club and the new buyer would have to fulfill that debt).

Uncle Roman has been very good to us, and in a pinch, I doubt that he would find any issues with further funding (barring the effects of geopolitical machinations and the like). Abramovich remains without a UK working visa, and that’s unlikely to change anytime soon, but fortunately, by all accounts, he also remains very committed to the club (and to winning, as evidenced by the latest managerial sacking).

As long as that remains the case, our financial power is likely to stay excellent, while we also continue working towards self-sustainability.