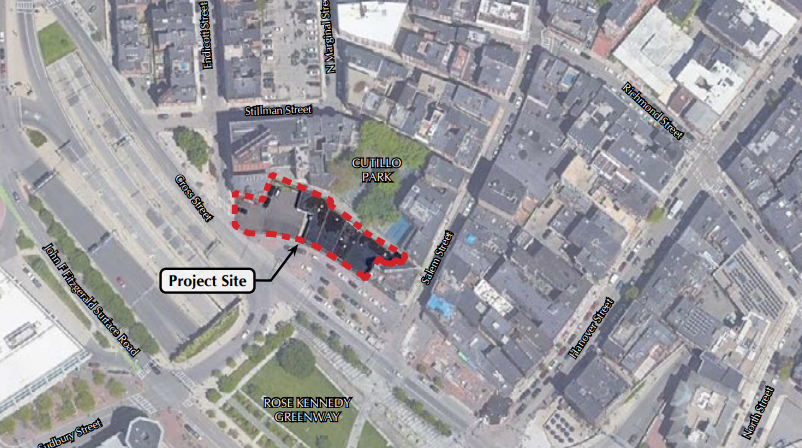 A boutique Italian lodge entire with a rooftop terrace and two new dining establishments could before long acquire up residence together Cross Road in which for decades the beloved Maria’s Pastry Store stood.

“The intent is to establish an Italian-encouraged boutique lodge pulling from the tradition of the North End and in essence knitting back again the fabric of the edge of the neighborhood,” explained William Caulder of 6M Advancement, which is proposing the challenge.

The six-tale, 135-place resort would be situated alongside Cross Avenue concerning Endicott and Salem streets, beside the Rose Kennedy Greenway.

Caulder, a North Close resident of far more than 15 yrs, pledged his most recent job would stay real to the flavor of the Italian society of the community.

The facade would mirror the brick facades peppering the location. Caulder has options for two avenue-degree restaurants — just one that would give desire to North End restaurateurs — and a rooftop terrace that will occupy the leading flooring and have sprawling sights of the greenway and North Stop.

It is also probably to have a banquet space and incorporates options for an open up-air, publicly obtainable passageway connecting the greenway to Cutillo Park.

He mentioned he opted to construct a hotel rather than residential housing in an effort and hard work to keep the views “in the general public realm.”

Caulder stated he is “in talks” with various perfectly-regarded Boston hoteliers, but has not resolved however no matter whether the lodge will work independently or beneath a company flag.

In an Oct. 30 letter of intent to the Boston Setting up & Improvement Company, challenge manager Kate Moniz of Fort Level Associates mentioned the 87,142-square-foot hotel would serve to enable deal with “Boston’s increasing hospitality calls for by giving needed hotel rooms at a gateway place.”

The lodge would acquire over the line of vacant storefronts when anchored by the legendary Maria’s Pastry Store, which for 37 several years was lauded as one particular of the North End’s leading pasticcerias.

Proprietor Maria Merola hung up her apron for great last Oct. The pastry chef had churned out cannolis, panettones, zeppoles and a lot more Italian delights at the locale for 50 a long time — doing the job for the preceding operator, Contemporary Pastry, right before she acquired the business.

The resort would be Caulder’s next huge advancement venture in Boston. His firm, 6M Advancement, beforehand created the Seville Boston Harbor, a 66-device rental complicated in East Boston.